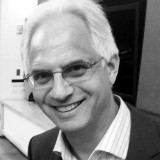 Patrick L. Scully served as Participedia's Managing Director from 2011 through July 2021. He is also president of Clearview Consulting LLC, a firm that conducts public policy research and analysis, designs and leads public participation and engagement initiatives, develops and evaluates programs, and provides leadership and management support. Before forming Clearview Consulting, Pat was Executive Vice President of The Paul J. Aicher Foundation where he served as deputy director of its flagship program, Everyday Democracy. Prior to that, he served as a program officer and director of research at the Kettering Foundation, and as project manager at The Harwood Group, a nonpartisan public-issues research firm. Pat was a Fulbright Scholar in Budapest, Hungary in 1993-94 where he worked with newly formed civic associations throughout East Central Europe and helped found the Deliberative Democracy Network of East-Central Europe. Pat is a former Democratic Governance Program Fellow at the Harvard Kennedy School’s Ash Center for Democratic Governance and Innovation, a Senior Associate of Everyday Democracy, a founding board member of The Democracy Imperative, and a member of the Board of Trustees of the Montessori School of Greater Hartford. Pat holds an interdisciplinary Ph.D. in social science from Syracuse University’s Maxwell School of Citizenship and Public Affairs.